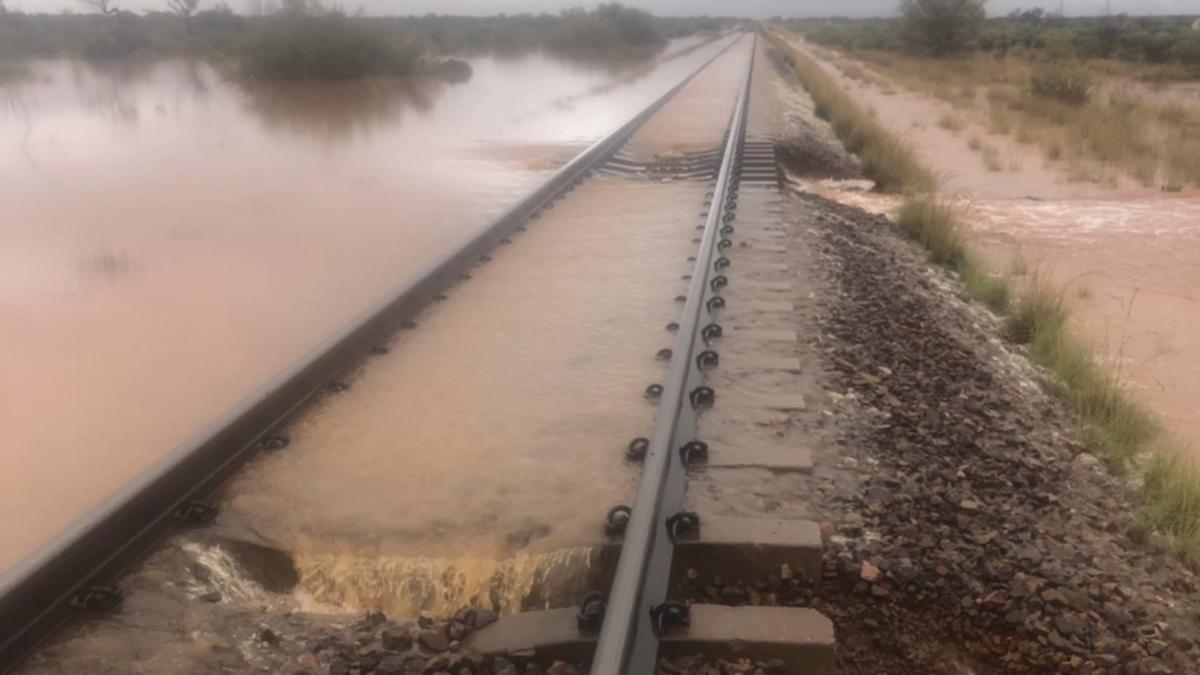 Freight services to WA from the Eastern States were disrupted after floodwaters damaged parts of the rail line between Adelaide and Perth.

Large parts of the Trans-Australian Railway that connects the eastern states to Perth have been inundated by heavy rain in South Australia.

The Australian Rail Track Corporation said the damage was still being assessed and an estimated restoration date was not yet known.

“Due to a slow rain event in South Australia, parts of the ARTC network between Adelaide and Tarcoola were inundated and operations have ceased,” a statement read.

“Services between Adelaide and Perth and Adelaide and Darwin have been impacted. The estimated time to return to service remains to be determined.

More than 400 km of the 2688 km long railway line was reportedly damaged by flood waters.

Several trains were also reported stuck on the track, unable to pass through the damaged areas.

In the photos, parts of the track can be seen washed away as murky floodwater surrounds the line.

In another photo, a long stretch of railway track can be seen submerged in water covering the railway sleepers.

WA has already been hit by freight delays caused by supply chain issues, which have been compounded by panic buying at supermarkets.

Delays may be expected while workers repair the track.

Police Scotland urged to open up after £700,000 payments linked to secrecy orders

here’s how we can change that