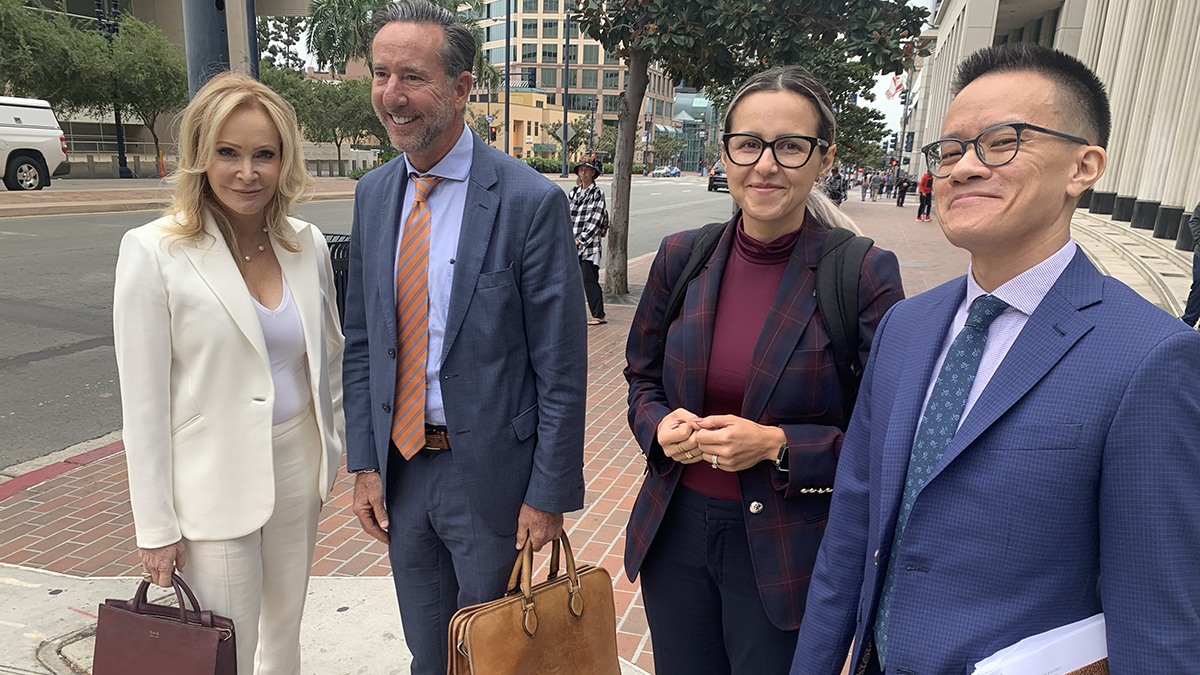 KUSI and his former news anchor Sandra Maas are heading for a potentially nasty trial in December in his pay equity and discrimination lawsuit following a judge’s ruling on Monday.

Minutes after a hearing on Friday, Maas was asked if KUSI’s motion was an attempt to smear her.

“Yes,” Maas told a reporter as she and her attorneys walked east on Broadway past the Hall of Justice.

On Monday, Maas’ attorney Josh Pang agreed, saying KUSI would launch similar attacks in what he expects to be a two-week trial.

“We will address them at trial,” he said.

KUSI’s summary judgment motion in July described Maas as disgruntled and abandoned in the years before she left the station in June 2019 — her contract was not renewed. During that time, she had learned that she was paid up to $80,000 a year less than her prime-time co-anchor, Allen Denton.

His July 2019 lawsuit against MBC, the operator of KUSI News, also alleged age and gender discrimination and unlawful retaliation.

On Monday, Judge Frazier rejected MBC’s arguments that Maas, 59, could not use Denton’s last $250,000 annual salary to determine a male “comparator.”

He said in his two-page ruling that Maas had prima facie evidence that KUSI failed to provide equal pay. Frazier said the same about his allegations of retaliation for seeking equal pay.

“The Court finds [KUSI] failed to meet its original production burden as to whether wage inequality was for legitimate business reasons unrelated to gender,” he wrote.

Regarding the age and gender discrimination claims, Frazier found “material adjudicable issues of fact” on whether KUSI had legitimate reasons for its actions.

In other words, let a jury decide whether KUSI violated the state’s equal pay law and other laws.

At one point, Janine-Page was angered by Pang’s suggestion that KUSI violated an earlier court order to destroy or return all emails KUSI found on a private email account belonging to the ex-presenter Anna Laurel.

Janine-Page added: “I’m sick of the bashing…. We didn’t save anything, Your Honor.

She said the court filing contained what she called summaries of the emails she wanted Maas to give to KUSI. The judge denied a KUSI motion asking Maas to turn over 10 underlying private emails between her and Laurel.

(They were originally found on a newsroom computer that KUSI chief financial officer Steven Sadler admitted to reading on a shared newsroom laptop — even after Laurel left the station.)

KUSI’s attorneys and management did not respond to questions from The Times of San Diego.

Neither is former anchor Denton, whose Facebook page says he lives in Panama City Beach, Florida, in the state begging south of Alabama.

It is unclear whether Denton would testify for Maas in a trial that is scheduled to begin Dec. 2. (“Both sides will submit a list of witnesses, among other things, to the judge,” is all Maas’ attorney Pang would say.)

But a former KUSI colleague praised Maas on Monday in response to a query from The Times of San Diego.

“I’ve known Sandra Maas for almost 40 years and she’s a classy actor,” John Soderman said via email. “In my opinion, she is showing a lot of courage in her fight against KUSI.”