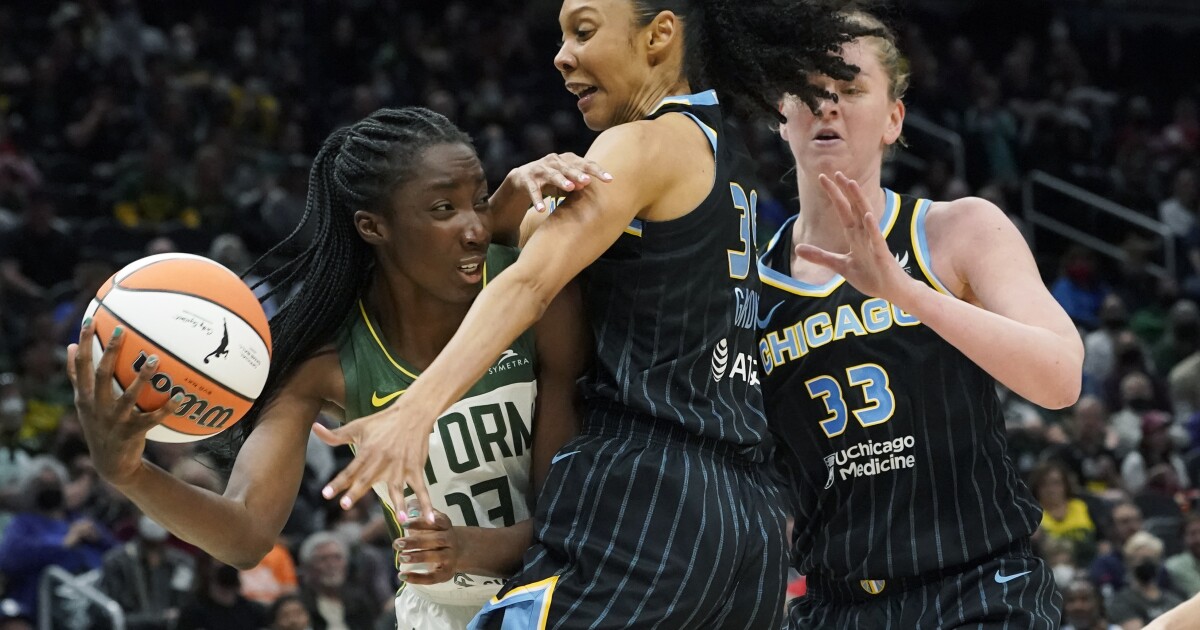 The absurdity of the “equal pay” narrative in American football only breeds more absurdity. Now Professor Amy Bass thinks the NBA and WNBA should go bankrupt.

Writing for CNN, Bass plays the usual misleading notes on alleged pay disparities between men’s and women‘s national soccer teams. She complains that women earn less money for winning the World Cup than men for performing below average, even though women were paid more between 2010 and 2018 than men.

But no matter all that. Since the women’s team was able to use a public pressure campaign (with the help of sympathetic media) to harass the US Soccer Federation into a new deal, Bass thinks all sports should do the same. In her own words, “we need to set aside the idea that women should only get paid if and when their game is valued – commercially and culturally – as much as men”.

This equitable welfare for women’s sports would only serve to bankrupt women’s leagues across the country. Take the WNBA, which is half-owned by the NBA. The WNBA generates about $60 million in revenue (not profit) and, according to NBA commissioner Adam Silver, the women’s league has lost an average of $10 million each year of its existence.

The team with the lowest payroll in the NBA last year was the Oklahoma City Thunder, with $82 million spent on their roster. The second-lowest team was the Memphis Grizzlies, who spent $117 million on their roster. An NBA roster is worth more than the entire WNBA because the WNBA is loss-making, while the NBA (which already subsidizes the WNBA) brings in some $8 billion in revenue.

In other words, Bass thinks the NBA and WNBA should go bankrupt. No matter how few people watch the WNBA or how much money the league is already bleeding, NBA and WNBA owners should dramatically raise salaries out of the goodness of their hearts and purity of their social justice souls. That doesn’t even apply to other women’s sports, like the 70% of women’s soccer clubs in 30 leagues around the world that operate at a loss.

The fact is that the value of the sport, both “commercially and culturally”, is what determines player compensation. Women’s leagues simply don’t compare to men’s leagues in terms of viewership, and therefore it would be impossible to achieve “equal pay” without immediately bankrupting the leagues themselves. The desire to compare women’s sports to men’s sports only highlights the shortcomings of the former.