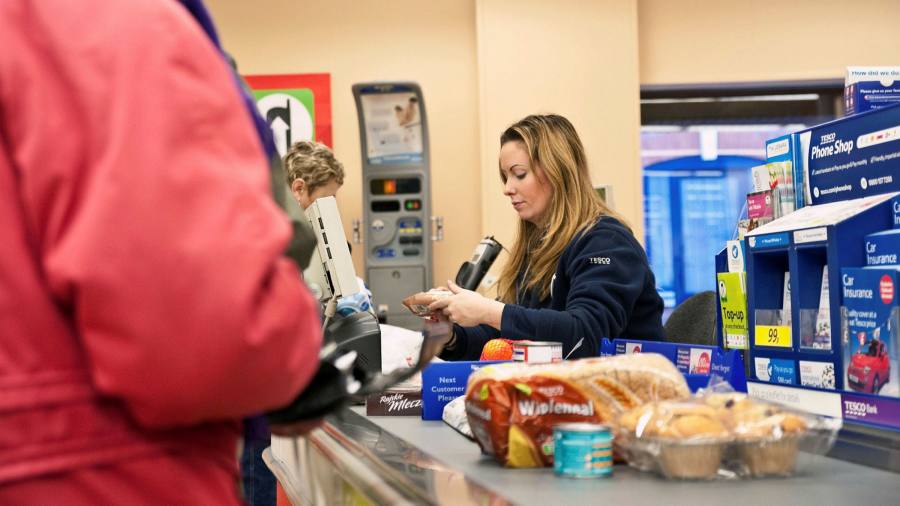 In 2018, I was talking to the boss of a British retailer. Shortly after, Tesco was hit with a demand for equal pay, arguing that people who worked in stores – mostly women – had been unfairly paid less than the predominantly male workforce in warehouses. from the supermarket.

What did he think? His reaction was quite forceful: it was ridiculous. They were totally different jobs. Of course, you couldn’t compare the two. Of course, it wasn’t a question of gender.

His perspective is not unusual in my experience. And I suspect the story of equal pay might be roughly characterized by women being told they ask ridiculous questions.

Three years later (and five years after the first in this series of supermarket cases), we now know one thing: you can compare these jobs.

The recent legal victories in the cases against Asda and Tesco have established – on different points of law, in the UK and in Europe – that you can compare employees in stores and distribution centers for the purpose of looking at equal pay for work of equal value. It is important.

First, the caveats: this is only the first part of a three-step legal process, which will take years.

An independent expert will analyze the value of each job, in terms of skills and requirements. Then supermarkets can argue that factors other than gender explain the difference, such as working hours, location or seniority.

Finally, if it goes that far, there is the question of what is owed: Leigh Day, the law firm behind these cases, puts the pay gap at around Â£ 2 an hour on average and sums run into the billions across the business, which includes J Sainsbury, Wm Morrison and Co-op.

Why are recent decisions important? Because, according to Stefan Cross QC, a veteran equal pay lawyer, they “killed an argument that has lasted 40 years.”

Asda’s conclusion was based on case law, mostly from the public sector, claiming that these jobs could be compared in different places, based on technical details regarding terms and conditions. Tesco’s conclusion last week goes through this detail: If there is a “single source” responsible for equality, jobs can be compared.

The fact that it’s the private sector matters: There has been an element of “wishful thinking among large employers,” said Mary-Ann Stephenson of the Women’s Budget Group, about whether this all applies to them.

Regardless of the ultimate success of these cases, these decisions open up the possibility of further legal claims, in the private and public sectors.

It can be runoff rather than flood. Regardless of anything else, in today’s business world, female-dominated jobs and male-dominated jobs have often been separated into different entities. Look at the so-called 5Cs of stereotypical female work – cleaning, catering, office, cashier, and care – and ask yourself how often these are outsourced in large organizations.

But these cases also have the potential to change thinking, just as reports on the gender pay gap have. Pay issues aren’t just about the men and women who are paid differently to do the exact same job (and it’s amazing how many of the remarks made about these cases don’t match the boring reality of how the firm actually works. the law).

My colleague Andrew Edgecliffe-Johnson wrote last week, after Exxon’s loss to a small activist investor, that bosses should spend more time “thinking about where today’s fringe views suggest. that the mainstream of tomorrow will be â€. This could be another example.

According to a report from Glassdoor in 2016, about two-thirds of the gender pay gap can be “explained” by differences between workers, such as occupation or experience, while about one-third was ” unexplained â€or indicative of a potential bias. But feminist economists (and yes, that’s a thing) would argue that just because something can be explained doesn’t mean it can’t reflect discrimination.

Is it possible, just maybe, that the company underestimated the skills and demands of, say, dealing with difficult customers at a checkout or restocking freezer cabinets versus having the physical strength to put away things? crates in a warehouse, because one is mainly made by women and the other by men? Or, more generally, has the value placed on care skills been underestimated compared to skills, for example, repair, due to the typical profile of the workforce?

These are questions that deserve to be asked well beyond senior supermarket executives.