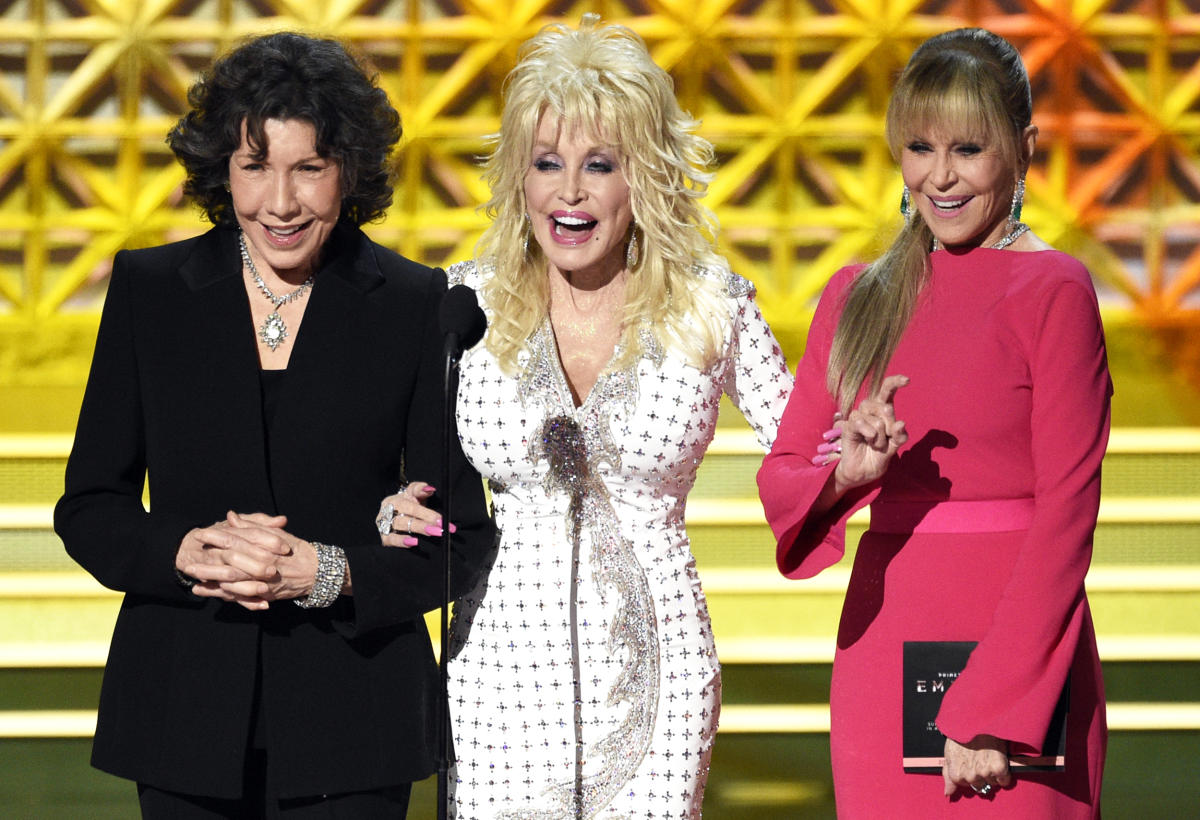 Parton, one of America’s National Treasures, spoke to TODAY on Wednesday following his former “9 to 5” co-star’s cancer diagnosis, and expressed his sympathy and genuine dismay.

Fonda revealed on Instagram on September 2 that she was diagnosed with non-Hodgkin’s lymphoma, a cancer of the lymph nodes, and started chemotherapy treatments. Fonda has been candid about her previous battles with cancer.

Parton said she contacted her after the announcement and that losing Fonda would be “like losing a sister”.

“I haven’t spoken to her since she announced she was sick; I tried, so I imagine she’s going through her business right now,” Parton, 76, said.

In the 1980 workplace revenge film, Parton, Fonda and Tomlin (who co-starred Fonda in “Grace & Frankie”) played harassed and bullied office workers ruled by a misogynistic boss. – but they find a way to redeem themselves in the end.

The 40-year-old film remains culturally relevant. The upcoming documentary “Still Working 9 to 5” looks back at the film in light of the work and pay inequalities that persist today. The three stars speak in the Netflix doc, which will premiere later this month.

Another plus for Parton fans? The documentary is accompanied by a new version of Parton’s No. 1 theme song, “9 to 5,” in which the country legend duets with Kelly Clarkson.

“People are still working their nine-to-five jobs, and women are still trying to find their equal pay and equal importance, and I’m all for that,” Parton said. “I’m proud of the documentary and I hope it turns out well. And I hope Jane does well because it would be like losing a sister to me.”

“9 to 5”, the song, also remains one of Parton’s fan favorites. She wrote the melody “on set” for the film, she explained, and as she has noted in previous interviews, she used the sound of her fingernails snapping to simulate the keys of a machine. to write. Her acrylic nails even got a credit on the album as an instrument.

Parton said “9 to 5” is a common request among fans who come across her.

But it’s not the only tune his fans instinctively sing to him when they meet Parton. Sometimes “Jolene” or “I will always love you” also appear. Chuckled Parton in a typically humble manner, “I’m just honored that they remember my songs.”

In addition to the “9 to 5” documentary, Parton also has a new Peacock Christmas special premiering later this year. “Dolly Parton’s Mountain Magic Christmas” was filmed at her theme park, Dollywood, located near her hometown in eastern Tennessee.

This article originally appeared on TODAY.com