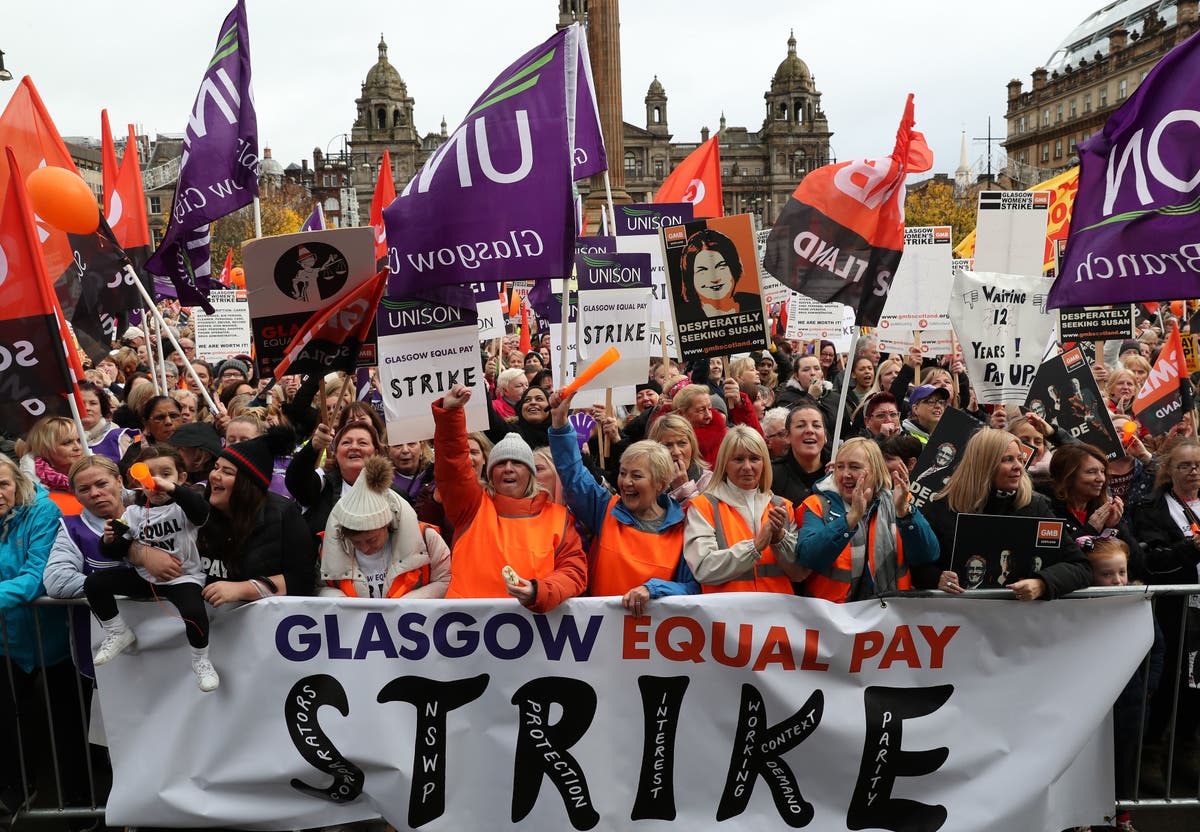 Council workers, including school cleaning and catering staff, voted to support the strike in an equal pay dispute.

The GMB union said members had voted to back the strikes due to its claim that Glasgow City Council had failed to resolve outstanding equal pay deals and replace its pay system and of “discriminatory” classification.

Almost all (97.8%) of the 54% of members who returned ballots, in services such as the Glasgow Health and Social Care Partnership, school cleaning and catering and parking services, supported the outings .

The union said this could mean a new wave of equal pay strikes affecting these services as early as late March, with disruption also possible ahead of local elections in early May.

The local authority has agreed to pay out at least £500m in 2019 following a long row over equal pay.

Women claimed they were paid £3 less an hour than men in similar roles after a pay review in 2006 aimed at ensuring equal pay.

GMB Scotland organizer Sean Baillie said: “Our members need equal pay justice and an end to the discriminatory pay and grading system that remains in place.

“That is the clear message this ballot result sends to council officials who should negotiate properly with our claimant groups and to all councilors who seek election in May.

“Council liabilities are increasing with every hour of every working day and the cost will likely reach hundreds of millions again, so the situation is critical for our members, the services they provide and the finances of the city.

“That’s why we need an urgent bargaining process to be conducted in good faith between the council and the claimant groups, if a strike is to be averted.”

A spokesman for Glasgow City Council said: ‘We will await details from the union. However, it remains disappointing that they voted for membership when we have been clear that we are ready to bid on new demands.

“It was agreed with the unions that the new demands should be settled before discussing the period after 2018.

“And the delays in implementing a new pay and classification structure, caused by the pandemic, were also agreed – the unions specifically did not want members to participate in appraisal interviews during this time.”