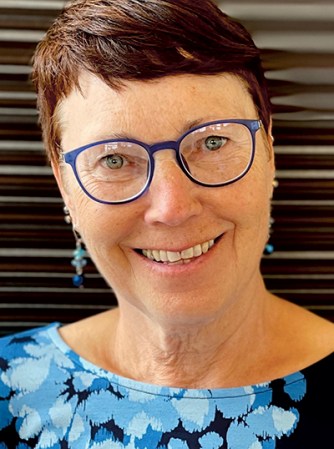 Jeanne Poppe loves politics. She emphasizes that politics is everywhere. In families, workplaces, among friends, as well as in government.

She is not talking about the usual narrow definition of the word, which implies fierce partisanship and conflict, but the purer definition as stated on Wikipedia: “Politics is the set of activities associated with group decision-making. or other forms of power relations. between individuals, such as resource allocation or status.

Jeanne spent years working on this larger meaning. She said that to be successful in politics, you need to educate yourself, listen to all points of view, and then engage in a debate, defend your point of view, be ready to compromise, accept criticism and defend your position. vote.

Jeanne Poppe grew up in Houston, Minnesota, in a family that participated in many community activities. She gained a good understanding of people with a degree in Sociology and Criminal Justice from the University of Wisconsin-River Falls and a Masters in Counseling from Winona State University. After working for several years as a paralegal and professional counselor, Jeanne was hired in 1993 by Riverland Community College to run the Women‘s Center. In 1995 she became Director of Admissions for Riverland and from 1999 until her retirement in 2019 she served as a counselor. All of these work situations involved politics in many ways.

In 1994, Jeanne began her formal entry into politics in the narrow sense of the term. She was approached to run for Austin City Council. She knew she loved leadership and was a rational thinker, able to make good decisions and listen patiently. She took up this challenge to get fully involved in the civic engagement that her family had taught her to value.

She was elected to a second four-year term, serving from 1994 to 2002 as a member of Austin City Council. She loved the job and feels good about the progressive projects that have been completed during her tenure. She developed a deep appreciation for Austin and the good people who were in the leadership.

Among her mentors, Jeanne cites Pat Piper, Ruth Rasmussen, Greta Kraushaar, Marian Robinson and Bonnie Rietz. In 2002, with the help of these mentors and many others, she ran for a seat in the Minnesota House of Representatives for the first time. She wasted that time but ran again in the next election in 2004, and won a narrow victory over the incumbent president. It started 16 years ago with the privilege (and headaches) of representing the people of Mower, Fillmore, Dodge and Freeborn counties, which make up District 27B.

While in the Legislature, one of her fondest memories was serving on the Agriculture Committee and winning over those who doubted her abilities in this area.

She found her political work fulfilling. She recognized the many voices that helped her educate herself, including her three children. His job at the state level has given him a better appreciation for Austin and all it has to offer.

Jeanne regrets the meanness and partisan politics that have resulted from the use of social media. However, she believes it is very important to get involved and encourages others to run for office and have an impact where decisions are made.

How lucky we have been to have this modest, bright, thoughtful and well-educated person working on behalf of our community. Thank you for your public service, Jeanne Poppe!

For more information on the Austin branch of AAUW, contact Sue Grove [email protected] or Carolyn Bogott [email protected] The American Association of University Women, now AAUW, is open to anyone who has graduated two years or more. AAUW welcomes men who support our goals and student memberships are available. AAUW has empowered women since 1881. We support equity and education for women. Scholarships are offered, as well as assistance in litigation in cases of gender discrimination. We are the largest and most respected research and lobbying organization dealing with women’s issues such as equal opportunities and professional equality.

Better Trans-Pennine Links Could Be At The Heart Of Freight Strategy: Have Your Say