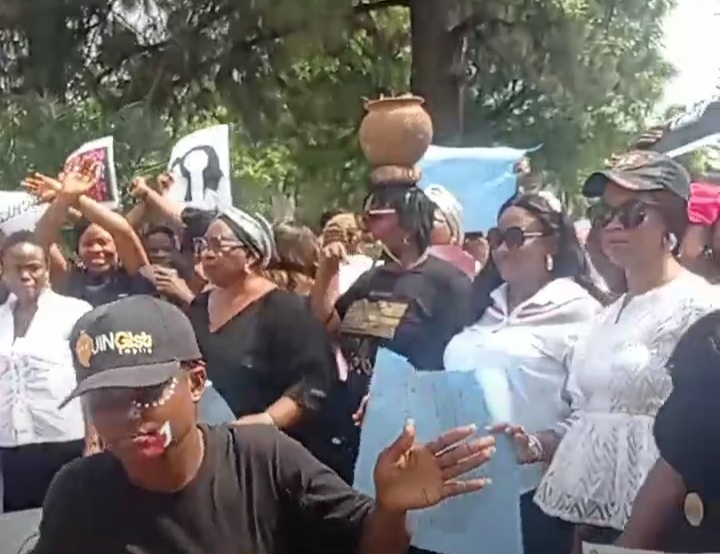 This week, the world celebrated International Women’s Day. March 8 each year is set aside by the United Nations to celebrate advances in women and discuss issues that affect women. This year’s celebration focused on the issue of gender equality and the impact of women in nation building across the world. This year’s theme: “Gender Equality Today for a Sustainable Future” focused on the noble roles of women in this time of crisis and raised awareness of the challenges of women across the world.

United Nations Secretary-General Antonino Guterres, in his message to commemorate the day, highlighted how women peacebuilders have played a vital role in public health and communities affected by conflict. He said: ‘Seventy per cent of frontline health and care workers are women – many of whom are from racially and ethnically marginalized groups and at the bottom of the economic ladder. António Guterres observed that the world has witnessed a “rollback of hard-won advances in women’s rights”. This regression, he noted, “harms women and girls first and foremost – but it also harms everyone and all of our work for peace and prosperity.”

The UN chief further called on all stakeholders to “put in place laws and policies to support women in leadership positions, including special measures and quotas with ambitious targets, and to make much more to appoint women to high-level positions”.

Guterres’ call to action reflects the mood of Nigerian women who have been protesting in the streets since last week; calling on the Nigerian government and other stakeholders to #BreaktheGenderBias, #BreaktheConstitutionalBias and #BreakPoliticalBias against women. Their protest comes in the context of the ongoing constitutional amendment where gender bills aimed at addressing structural inequalities and prejudices against women as well as improving their lot in the space policy were rejected by the Nigerian parliament.

Last week, the Nigerian National Assembly considered various bills as part of the ongoing constitutional amendment process. Five of the gender-related bills were defeated. Rejected bills include a bill providing for special seats for women in the National Assembly, affirmative action for women in political party administration, a bill to reserve quotas for women, the Citizenship Bill – which aims to allow wives of the status of their husbands after five years of marriage and the Citizenship Bill which aims to provide citizenship by registration for foreign spouses of Nigerian women. The Bill seeks to amend Section 26 of the 1999 Constitution to allow Nigerian women to pass their nationality to their foreign husbands as it applies to their male counterparts.

Protesters said the rejection of the bills set back the time for progress in their quest for gender equality and inclusive governance. They therefore called on lawmakers to reconsider the bills. Their protest appears to have borne its first fruit, with the House of Representatives agreeing on Tuesday to reconsider some of the previously rejected bills. The promise of the House of Representatives leaders failed to appease the gender activists as they continued to occupy the doors of the National Assembly in Abuja.

The 2021 African Barometer report on Women’s Political Participation (WPP) indicates that women constitute 24% of the 12,113 parliamentarians in Africa — 25% in the lower houses and 20% in the upper houses of parliament. At local government level, women make up 21% of councilors in the 19 countries surveyed.

According to the 2021 Gender Gap Index released by the World Economic Forum, the overall gender gap in sub-Saharan Africa is 32.7%, as only 67.2% of the gap has been closed so far. now. The report says how much progress has been stalled, “even slightly reversed, so it will take 121.7 years to close the gender gap.”

Nigeria has not been a good example in the concert of nations in terms of gender equality and inclusive governance. Although the country has made significant progress under the previous administration of President Goodluck Jonathan, the clock of progress seems to have turned backwards. Nigeria was ranked 139 out of 153 in the 2021 Global Gender Gap Index, behind many African countries like Niger, Algeria, Ivory Coast, Egypt, Gambia, Tunisia , Burkina Faso and many others.

Conversations about gender equality in Nigeria are often framed by many biases – with cultural and religious biases serving as roadblocks preventing honest debates about the importance of gender equality and political inclusion. One of the challenges of Nigerian democracy is the lack of inclusion in our political system. Across nations there are turmoil centered on the issue of political inclusion and until we address these issues, our democracy will not serve the interests of many citizens.

Equality, justice and fairness are often seen as the hallmark of democracy; gender equality should therefore be seen as a democratic right and not as a challenge to our religion and culture. Every society has more to gain when there is equity, social and political inclusion for all citizens due to the intersectionality between inclusive governance, peace and sustainable development.

This moment therefore presents us with a good opportunity to bring issues of gender equality and inclusive governance to the forefront of our national discourse and ensure that prejudices against women and other marginalized groups are broken down. In this way, our democracy can flourish and produce the desired dividends for its people.

Women’s History Month: How about equal pay for equal work?