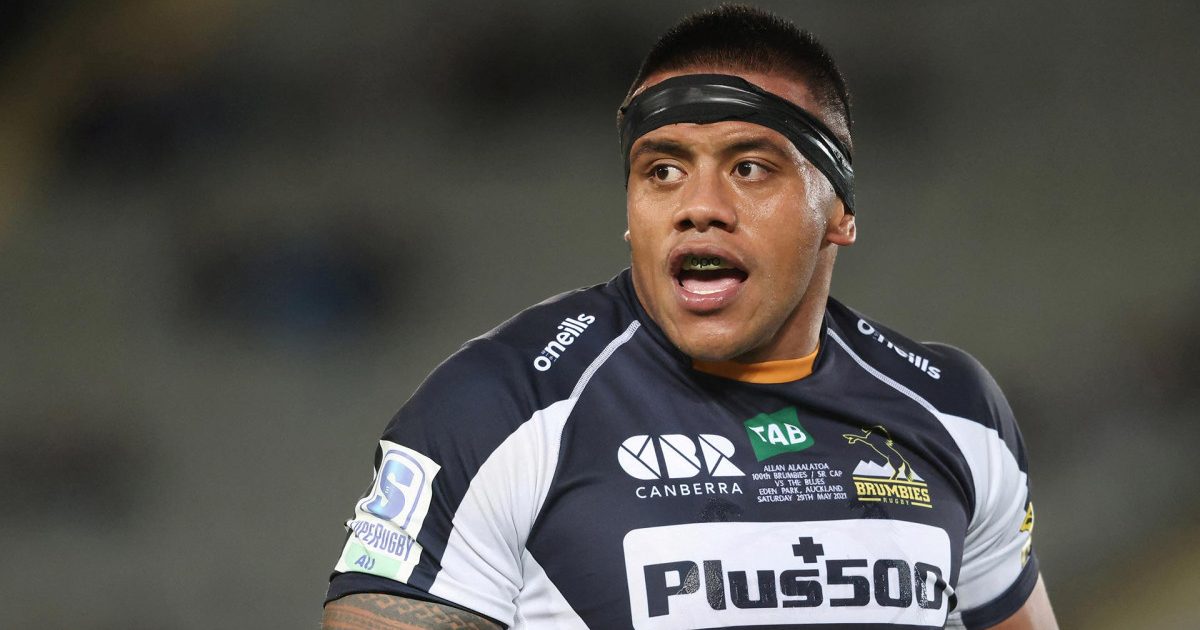 The third round of Trans-Tasman Super Rugby saw the Brumbies play their last game of their road trip in Aotearoa against the Blues at Eden Park.

After winning seven of their last nine home games against the Brumbies, the Blues rightly enjoyed the pre-game favoritism.

And that favoritism was rightfully granted as the Blues lacked emphatic 38-10 winners on the back of skill and physique during the breakdown, coupled with a determined and suffocating defensive effort that never allowed the Brumbies to find a way to play their rugby.

The spirit of rugby | Episode 3

Here’s how the Brumbies rated:

A nice response to last week’s game. He was one of the best Brumbies in the park tonight and managed to gain traction in the fray that would be one of the few good news for the Brumbies tonight.

He had a crack and scored a deserved team try, but was part of a Brumbies forward pack that was out-dominated during the blackout and, despite his efforts on the stunt, failed played as much as needed around the park.

He struggled with the free kick early on, but like good players do, he found a way to turn things around. Worked hard but was part of a muscular, worked out outfit.

Tried to win on the peloton of the Blues to his credit. Worked hard and was the Brumbies main in the lineup where he also caused the Blues a few problems but gave way too many penalties tonight. Scratch this one to experience it.

Didn’t really play like he did last week against the Chiefs. Missed a tackle on Finlay Christie which allowed him to continue his test. Like his lockable counterpart, he will ultimately benefit from matches like this.

Arguably the Brumbies’ most powerful forward has burned out on defense but worryingly missed a few too many tackles and will need to address them if he is to push for higher honors later in the season.

A fair effort on the part of the vice-captain but who never really seemed to win the match despite his intention to do so. Probably because he was outmatched by his opposite and his side never found their rhythm which wasn’t helping.

Exceptional in defense but didn’t really play in attack. If he wants to consolidate in the back row at this level, he will have to start finding a more compelling hand ball game.

He’s lost too many tackles tonight and it’s not his greatest performance in handling the game despite creating some very smart options under pressure. It was a threat the Blues handled well.

Never really found his rhythm, but he showed how much of a threat he can be, but the attack options chosen weren’t the most optimal and these seemed to repeat themselves at times when it became apparent that a new thinking was needed.

A tough night in the midfield but one who worked hard but never quite found a way to dominate his channel’s advantage line which is so important to the Brumbies’ attacking initiatives.

Was fairly firm in defense and managed to hold the Blues players together by forcing the maul and trapping the Blues. Didn’t really participate in the attack, but that was largely due to the Blues causing too much trouble for the Brumbies.

I just didn’t get into the game. At a time when the Brumbies weren’t bending the Blues line, it would have been an opportunity for him to find work on offense as he just wasn’t making a lot of ball. He needs to integrate into the game in the future.

Threatening like never before with the few chances he had but couldn’t really capitalize on those opportunities as the Blues delivered a defensive masterclass tonight.

The Crusaders scored eight tries to fight a committed Waratahs team in Wollongong on Saturday to stay in the Trans-Tasman Super Rugby title race. #SuperRugbyTT https://t.co/vXGu33ezrX

Getting a yellow card isn’t the kind of impact you’re looking for, especially right after your team has received a formal warning. A night to forget for him.

Did not create the desired impact from the bench.

Worked hard on defense and made a punch out of it.

Once again he has shown he has something to offer but not enough time tonight to really shine.

I did not enter the game with great force.

Pay attention! The bear of fair loans is waking up from its slumber | Hudson Cook, LLP

How COVID-19 pushed back gender equality for a whole generation