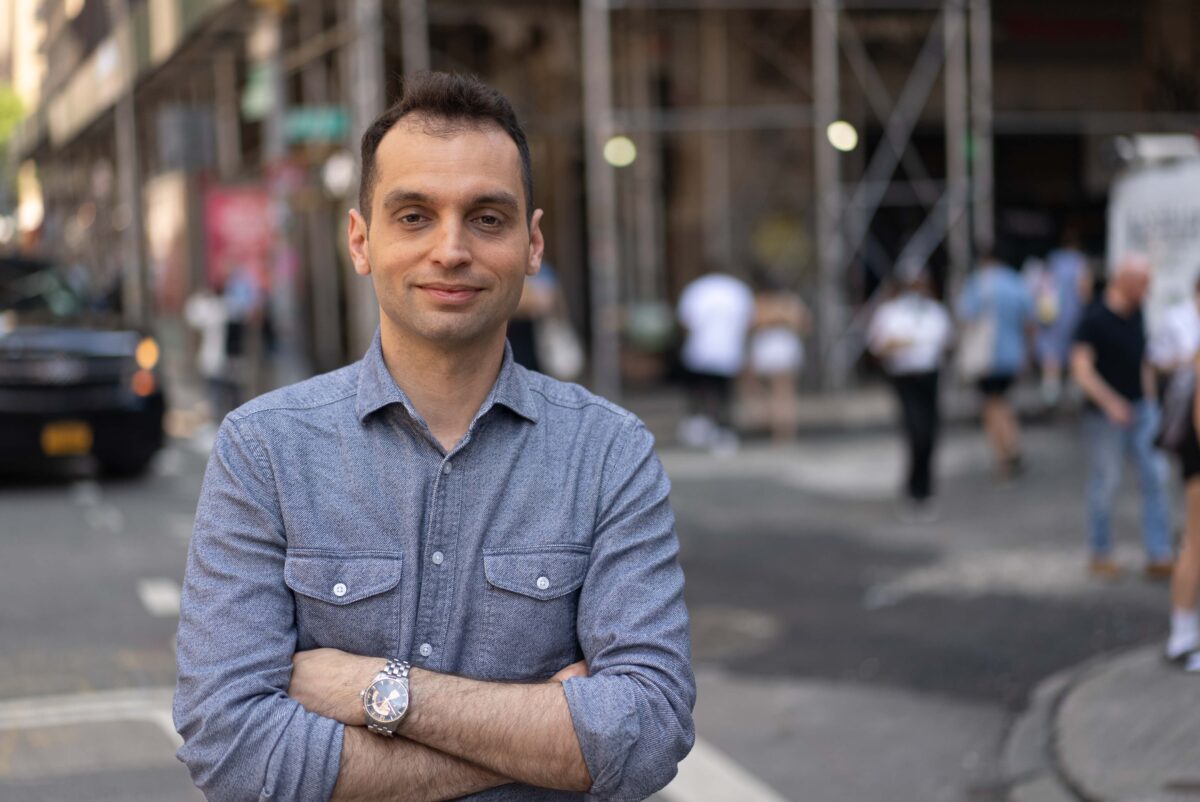 Konstantin Kisin, a Russian-British comedian and political commentator born in Moscow during the final years of the Soviet Union, warned that one of the greatest threats to Western civilization comes from within.

In a recent interview for EpochTV’s “American Thought Leaders,” Kisin discussed his new book, “An Immigrant’s Love Letter to the West,” in which he highlights the importance of Western culture and the threat of its destruction, both internally and externally.

Contrary to what many progressives think, there is objective truth – especially in the hard sciences of physics, chemistry and biology – and adherence to this principle, along with the freedom to innovate and explore the possibilities, led to the success of the West. , said Kisin.

“If we are going to continue in these technologically advanced, scientifically expanding and advancing societies, freedom is the thing that makes everything happen,” he said. “And if you don’t want that, there’s plenty of societies you can go and live in. Don’t bring that shit here.”

In the former Soviet Union, and currently under the Chinese Communist Party, there was and is no freedom to experiment and try something new to see if it works, said Kisin.

Innovation cannot happen without freedom and competition, he said.

Younger generations in the West don’t appreciate their good fortune because they have nothing to compare it to, Kisin said.

“They don’t even know that a different world existed somewhere in the past or exists in a different geographical location,” he said.

Kisin said totalitarian governments like Russia, China, Cuba, Venezuela and North Korea don’t have those freedoms, and yet progressives liken the United States to socialist or communist utopias that don’t exist. , said Kisin.

Some people in society are ready to use authoritarianism in pursuit of an imaginary utopia, and they will censor comedy, shut down discussions and destroy political figures who try to challenge such ideas, he said.

Any pro-equity government will have to use force to achieve that level of “equity,” Kisin said.

Kisin said that when he was still living in the Soviet Union, the regime used the same left-wing tactics that are used now in the United States and convinced people that everyone should be equal and life should be fair. It is this pursuit of fairness – equal outcomes for all – that necessitates the use of force, he said.

The Biden administration has pushed “diversity, equity, and inclusion” doctrines across federal departments in the form of policy changes and training sessions.

But it goes against basic human nature, Kisin said.

“We don’t want to be equal,” he said. “We want to be rewarded on the basis of our merits and talents. It’s what everyone wants.

Kisin said that in the Soviet Union everyone seemed to be equal on the surface. The government provided free health care, free childcare, free education, and guaranteed jobs, and the majority of people had equal wealth and received equal pay.

But it was far from the utopia promised by authoritarian rulers because it robbed people of the motivation to push forward and innovate, he said.

“You make everyone equal by making everyone equally poor,” Kisin said. “And that’s why you need tyranny, because people don’t want to be equally poor. People who work hard, have talent and contribute more want to feel rewarded for it.

He said that in Russia people have lost their motivation to do more. They have become complacent because they are not rewarded by the state for trying harder.

Kisin argues that when Westerners say they want to live in a multicultural society, what they really want is a multiethnic society.

Having people from different ethnic and religious backgrounds living in a country can be very positive and productive for prosperity, he said, but they must have the same cultural and national identity, which creates cohesion.

“You cannot introduce your religious legal system into a society and require it to parallel the legal system of the state in which you operate,” Kisin said.

People do not have to give up the uniqueness of their country of origin, but they must embrace their new national identity and become full members of that society.

Kisin said immigrants must learn the language, integrate into the culture and embrace the values ​​of their new country to help society prosper.

“We cannot live in a society where we have parallel structures. Multi-ethnic society: very, very important, very desirable. I think extremely beneficial,” he said. “The multicultural society is a recipe for disaster.”

Dozens of Ways to Destroy the West

In his book, Kisin included a list titled “Ten Ways to Destroy the West”.

The list touches on critical race theory, demoralization, and the promotion of socialism via “bad capitalism.” But Kisin said the biggest threat on the list is probably the last one: “Be a useful idiot.”

Kisin said Western scientists who developed the atomic bomb as part of the Manhattan Project gave nuclear technology to former communist dictator Joseph Stalin because the scientists believed in communism.

“They gave it to him because communism was this beautiful ideology that they believed in,” Kisin said. “That’s the power of bad ideas, and it can make people do terrible things and feel good about themselves.”

Kisin said he has been so focused on identifying and explaining the problem that he has not yet focused on how to reach people indoctrinated with hateful ideology.

In the UK, Kisin said part of the problem is that people believe in government, above all else, even to save them from the COVID-19 pandemic.

But the government cannot solve all the problems. There are many things they cannot control and sometimes, unfortunately, people die, he said.

Demoralization, the enemy within

Kisin said he believed that while there are external forces trying to destabilize the United States socially, culturally and economically, it is the internal forces that Americans should be most concerned about, because if they don’t are not challenged, society will implode.

“The problem isn’t mean, mean people running around wanting to make things worse,” he said. “The problem is people who buy into the ideology that gives [evil people] permission to do terrible things in the name of the greater good.

One of the most dangerous internal threats in the United States is demoralization, Kisin said.

Many people in the West lack faith in the merits of their own societies, instead using an imagined utopia as a comparison to a real society, in which it is impossible to eliminate all moral or social failings because human nature is imperfect. .

Kisin said he thinks most people have no idea they’ve been demoralized, or that the lack of confidence they feel in their society and culture isn’t normal.

“This endless self-flagellation is kind of seen as ‘this is what we’re doing now’, but it’s not normal,” he said. “We are now in a very abnormal society, a society that constantly questions itself.”

But Kisin said that as long as the United States stands firmly by its founding principles and values, outside forces can do no harm.

Masooma Haq began reporting for The Epoch Times from Pakistan in 2008. She currently covers a variety of topics, including US government, culture, and entertainment.

Jan Jekielek is an editor for the Epoch Times and host of “American Thought Leaders.” Jan’s career has spanned academia, the media and international human rights work. In 2009, he joined The Epoch Times full-time and held various positions, including editor-in-chief of the website. He is the producer of the award-winning Holocaust documentary film “Finding Manny”.