She said the public has ‘a right to expect police to have the basics down’ and urged forces to focus on tackling crime rather than non-criminal diversity and inclusion issues .

Stephen Watson, Greater Manchester’s new chief constable, has told his officers to avoid ‘woke’ policing and virtue signals, fearing that making common cause with campaign groups could damage fairness and impartiality and preventing the police from doing their job.

I agree with Braverman and Watson. It doesn’t break the ice with me that the police fuss at pride marches, paint their cars in LGBTQ+ colors, kneel with Black Lives Matter, or dance with environmental activists.

It’s window dressing, a fashionable fig leaf to mask the fact that the police have lost their way and have no real base in the communities they serve.

Moreover, it cynically promotes a hierarchy of equalities in which certain social groups have influence and are supported, but not others, mainly women and children.

Women are not protected by hate crime legislation, but they are the only social group in the UK routinely subjected to targeted hate-motivated violence and killings based on “immutable physical characteristics”.

Despite increasing levels of sexual assault and domestic violence, the sexism behind them is largely ignored.

We know that police forces across the country, including ours, have a serious problem with sexism and misogyny, but despite this, women are still being asked to accept, and even repeat, the easy lie that other groups, nowadays trans women, face a greater threat.

When I worked for a local domestic violence charity in the 1990s, we called it “what aboutery”. Every time we talked about sexual assault or violence against women, someone said “but what about men”.

It was accepted for other community groups to focus on the needs of their own target group, but this did not apply to us. We were silenced, even yelled at, when we asserted our right to justice. It was a precursor to what was to come.

During the Conservative leadership campaign, Liz Truss threatened to cut funding for the police force by spending money on questionable training programs. Many of these programs have deliberately ignored the gender-based rights of women and girls, quietly removing any mention of gender as a protected characteristic under equality law.

Such flawed training may be why local police in the past have allowed (some feminists would say facilitated) extreme trans ideologues to disrupt meetings of gender-critical women’s rights activists, especially in recent years. Labor Party conferences held in Brighton.

Police appear to have better protected gender-sensitive people attending the recent ‘Let Women Speak’ meeting in Victoria Gardens, Brighton, although even then when women’s rights activists were threatened and their speeches interrupted by activists trans in balaclavas, it was suggested that both sides should be “kept apart”, implying violence on both sides.

In fact, many women’s rights advocates chose not to attend due to online threats and those who did remained peaceful.

No police intervention was reported. But then no police action was taken in 2017 when, nearby, a Labor MP stood on a stage in front of hundreds of people, including children, and ordered a young woman to stand “on your knees, bitch”. It was treated as a joke, not a hate incident.

The activist had rightly objected to Sussex Police’s claim that Dixon’s crimes were committed by a woman, pointing out that the 30 crimes against seven children (five girls and two boys) that Dixon had convicted had been committed by John Dixon as a man. Dixon doesn’t have a sex reassignment certificate. 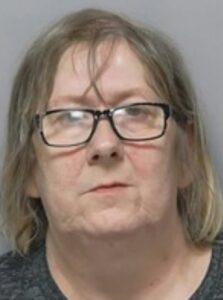 The tweeted response from Sussex Police said they ‘do not tolerate any hateful comments with respect to their gender identity, regardless of the crimes committed’, adding: ‘This has nothing to do with the crime which has been committed and which has been investigated”.

Another tweet said, “If you have critical gender views you wish to express, this can be done on other platforms or on your own page, without targeting an individual.”

These police responses have sparked outrage, accusations of misogyny and demands for Suella Braverman, the Home Secretary, and Katy Bourne, police and crime commissioner, to take action.

Others have suggested that the police educate themselves on the actual law, not “Stonewall tradition.”

It seems clear that the days of “no debate” on trans issues are well and truly over. The police better get used to it. And hang on.

Jean Calder is an activist and journalist. For more of his work, click here.