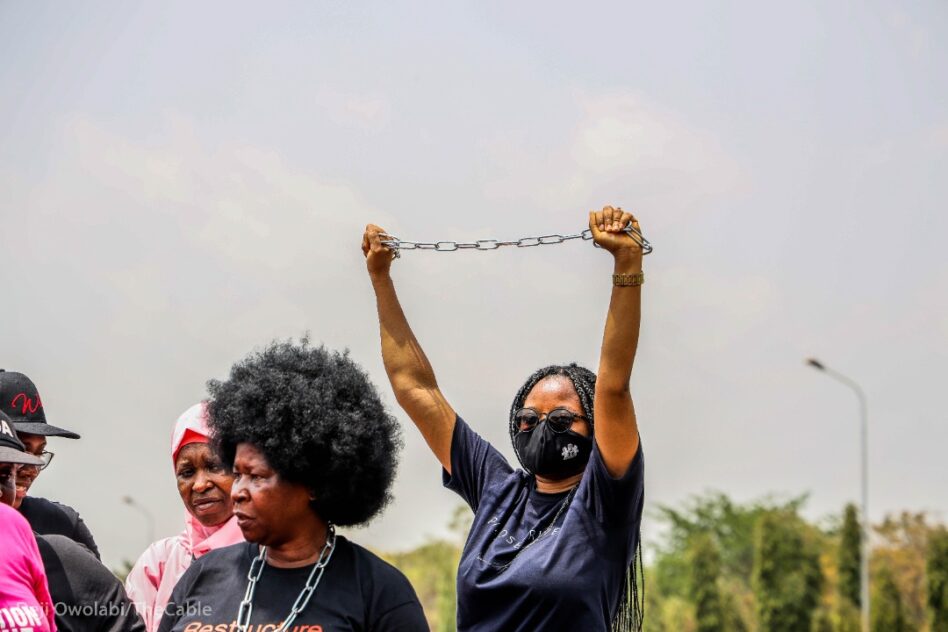 Breaking the silence for #breakthebias

Sexual and gender-based violence remains the greatest obstacle to gender equality, to the empowerment of women, to the removal of all prejudices, barriers and borders that women face.

This feature article was for the 10 Days of Activism Against Gender and Domestic Violence. There is no better time to raise awareness of sexual and gender-based violence, to reiterate the need and urgency to erase it from our society.

For those who don’t know, November 25and at 10and December each year has been marked as the 16 Days of Activism to raise awareness of the global epidemic of violence against women and girls.

Following the outrageous escalation of violence during the 2020 covid19 lockdown. It has been labeled as “a pandemic within a pandemic”.

Around the world, women and girls have faced myriad unique challenges for centuries. And despite the efforts of many societies to mitigate historical marginalization and violence against women and girls, it has remained endemic.

It is today the most widespread violation of human rights in the world, with a record every 1 of 3 women have experienced some form of violence in their lifetime, which amounts to a cumulative average of 736 million women victims of abuse in their lifetime.

Women and girls are still the most affected by war, climate change, poverty, industrialization and global health crises.

The first and most important to be affected are her children as her trauma negatively impacts them and her ability to be a good mother, to function optimally in her job, to pay school fees, which can bring her children to drop out of school because she can’t cope.

The impact of VAWG (violence against women and girls) manifests in a cascade of consequences including war and poverty, making it a global problem.

Nigeria is one of the countries with the highest rate of gender-based violence in the world, just like in many parts of the African continent.

However, the statistics during the Covid19 lockdown in 2020 were worse.

Dr. Uzodinma Edirieje is a He4She Champion, development expert and international consultant with decades of experience advising on development issues. He is the Executive Director of the Afrihealth Optonet Association and Head of Advocacy and Communications Program of HEFRON (Health Reform Foundation of Nigeria) among many other accomplishments. He is also a member of the 1000 Voice Treaty.

Domestic violence, gender abuse and violence against women and girls can take the form of assault, beatings, torture, acid baths, rape, sexual assault, beatings treatment, sexual, emotional and psychological abuse that can ultimately lead to death at the hands of those who claim to love and protect them.

However, most victims of domestic violence do not speak out about violations of their rights due to fear of stigma, deprivation, more abuse, nonchalance, insensitivity and negative response from their immediate family and society as a whole.

The Guardian Nigeria in February 2021, reported that cases of domestic violence are on the rise with reported cases of the beating, maiming or killing of a spouse every day, and in rare cases the victims are women. men.

Therefore, the Nigerian government has embraced the legal procedures and process to prosecute men who abuse women in several states pushing for federal laws regarding domestic violence, and for stronger national response and support.

The outrageous rise in domestic violence rates following the coivd19 lockdown in 2020 required urgent action and intervention, leading the UN to label it a “phantom pandemic – a pandemic within a pandemic”.

The UN Women’s Registry said that in the year before the pandemic, an estimated 243 million women and girls were confirmed victims of violence across the world. But the numbers escalated early in the pandemic due to many borderline factors of movement restrictions, family well-being, living conditions, finances and isolation with their abusers in confined spaces for long periods of time. periods.

Many people ask why a global treaty is needed to end violence against women and girls, as there are already established regulations and laws that have been adapted to combat it.

However, even if this is so, the need for a global treaty to end violence against women and girls is long overdue due to the apparent gaps that exist in the already established regulations that allowed him to thrive.

Existing documents like the Balem de Para, CEDAW and the Istanbul Protocol, for example, are complete and intact as they may appear to have proven ineffective in achieving the elimination of violence against women and girls. Few countries were represented during the drafting and adoption of the Istanbul Conventions, so few subscribed to them, even among the countries of the European Union. Moreover, the countries that signed it eventually withdrew their approval, including the Turkish government from 2021.

A global treaty is badly needed as it outlines the universal definition of violence against women and girls and provides explicit standards for action on persecution, punishment, referral and support for victims.

South African law professor Rashid Manjoo, UN special rapporteur on violence against women and girls, has called for a new global framework to tackle the unrelenting epidemic in 2012, and leading academics and activists line heard his call leading to a convention at Harvard’s Carr Center for Human. rights policy to discuss. This convention gave birth to every woman’s treaty which now includes more than 1700 women’s rights activists, 840 organizations in 128 countries around the world.

Every Women’s Treaty launched a public campaign in 2019 as part of a global diplomatic effort demanding a new, more inclusive deal to end violence against women and girls.

HOW TO BECOME AN EWT FELLOW

Once implemented, the global treaty will represent the pinnacle of global commitments creating a rigorous, legally binding framework for every nation on earth to undertake evidence-based interventions, catalyze and scale up funding, and track the progress. Because it is bound by international law, the treaty must be accompanied by full funding to support the entire framework which, so far, represents the highest commitment to ending violence against women and girls everywhere. Women and girls deserve it.

Separately, these interventions influence various factors related to violence prevention, but often work in isolation. But when applied together, the interventions work together to dramatically reduce rates of violence.

The thumb is the funding needed to implement these interventions. And the palm represents the data and monitoring that holds states accountable for treaty implementation.

Be part of the story.