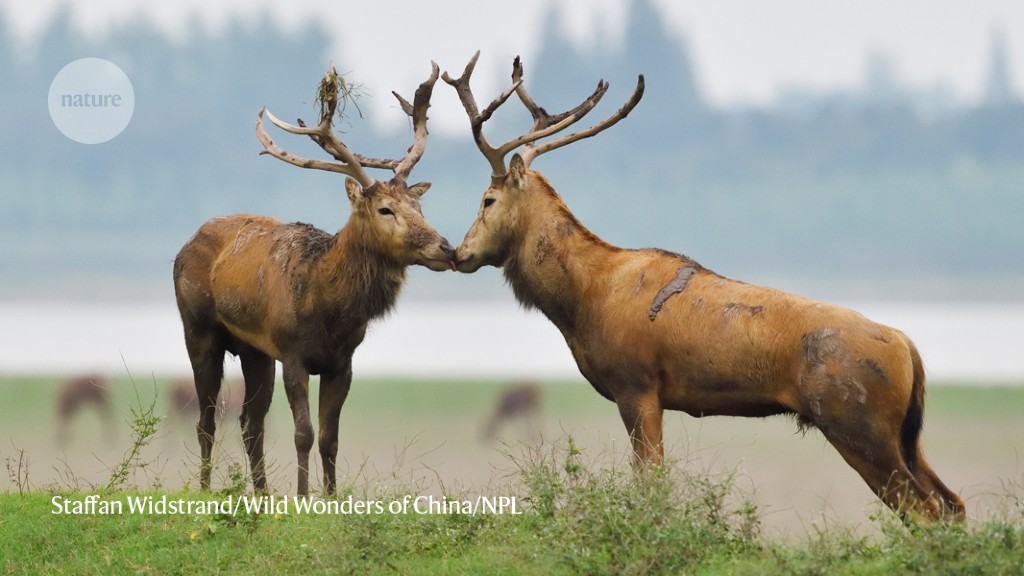 Biodiversity faces a decisive year and research will be essential

Biodiversity is being lost at a rate not seen since the last mass extinction. But the United Nations’ decade-old plan to slow and eventually halt the decline of species and ecosystems by 2020 has failed. Most of the plan’s 20 targets – known as the Aichi Biodiversity Targets – have not been met.

The Aichi Targets are part of an international agreement called the United Nations Convention on Biological Diversity, and member states are currently finalizing their replacement. Currently called the post-2020 global biodiversity framework (GBF), the new targets are expected to be agreed this summer at the second part of the convention’s Conference of the Parties (COP15) in Kunming, China. The meeting was to be held in May, but is expected to be delayed for a few months. Finalization of the framework will be the responsibility of government officials working with the world’s leading biodiversity experts. But the contribution of social scientists, especially those who study how organizations and governments work, would improve its chances of success.

A GBF draft was published last July. It aims to slow the rate of biodiversity loss by 2030. And by 2050, biodiversity will be “valued, conserved, restored and used wisely, maintaining ecosystem services, supporting a healthy planet and bringing essential benefits to all”. The plan includes 4 main objectives and 21 associated targets. Key targets include conserving 30% of land and sea areas by 2030 and reducing government subsidies that harm biodiversity by $500 billion a year. Overall, the goals and targets are designed to address each of the major contributors to biodiversity loss, including agriculture and food systems, climate change, invasive species, pollution, and production and unsustainable consumption.

The biodiversity convention’s scientific advisory body reviews the GBF and helps governments decide how the targets should be monitored. But researchers and policymakers have been drafting biodiversity action plans since the 1990s, and most of these strategies have failed to have a lasting impact on two of the three main demands: that global biodiversity be conserved and that natural resources are used sustainably.

Some of these failures are related to governance, which is why it is important to involve not only researchers in the biological sciences, but also people who study organizations and the workings of governments. This knowledge, when combined with conservation science, will help policymakers get a more complete picture of the science gaps and organizational challenges in implementing biodiversity plans.

The GBF is a comprehensive plan. But success will require systemic change across public policy. It is both a strength and a weakness. If systemic change can be implemented, it will lead to real change. But if not, there is no plan B. This has led some scholars to argue that a goal or number should be prioritized and defined in a way that is clear to the public and decision makers. . This would be the biodiversity equivalent of the 2°C climate target. Researchers’ “rallying point for policy action and agreements” is to keep species extinctions well below 20 per year in all major groups (MDA Rounsevell et al. Science 368, 1193–1195; 2020). Such focus gets results. A study published in Retention letters found a high probability that targeted action has prevented the extinction of 21-32 birds and 7-16 mammals since 1993 (FC Bolam et al. Conserv. Lett. 14, e12762; 2021). Extinction rates would have been about three to four times higher without conservation action, the researchers found.

But not everyone agrees that a single objective should be given priority. A group of more than 50 biodiversity researchers from 23 countries point out in a policy report this week (see go.nature.com/3fv8oiv) that species data is unevenly distributed: 10 countries, mostly high-income , represent 82% of registrations.

The researchers also modeled how different scenarios would affect the 21 GBF targets. They found that achieving the goals would require action in all targeted areas, not just a few. Focusing heavily on just one or two targets, such as expanding protected areas, will have, at best, a modest impact on achieving the goals and targets of the UN convention.

The difficulty in getting governments to take such an integrated approach is that they (along with non-governmental organizations and businesses) tend to tackle sustainability challenges piecemeal. Actions from last November’s Climate COP in Glasgow, UK will be implemented separately from those decided at the Biodiversity COP as in most countries different ministries deal with climate change and the biodiversity.

The scientific advisers of the biodiversity convention will meet in Geneva, Switzerland, in March to finalize their advice. They don’t advocate reforming the way governments organize themselves to implement sustainable development policies – partly (and rightly so) because that’s usually beyond their areas of expertise. But it is not too late to consult those who have the relevant knowledge.

In the past, the UN has commissioned social scientists, for example through the UN Intellectual History Project, a series of 17 studies summarizing the experience of UN agencies covering gender equality , diplomacy, development, trade and official statistics. However, this work, which ended in 2010, did not assess what worked and what did not work in science and environmental policy. Unless these perspectives are incorporated into biodiversity research advice, any future plans are likely to follow the path of its predecessors.