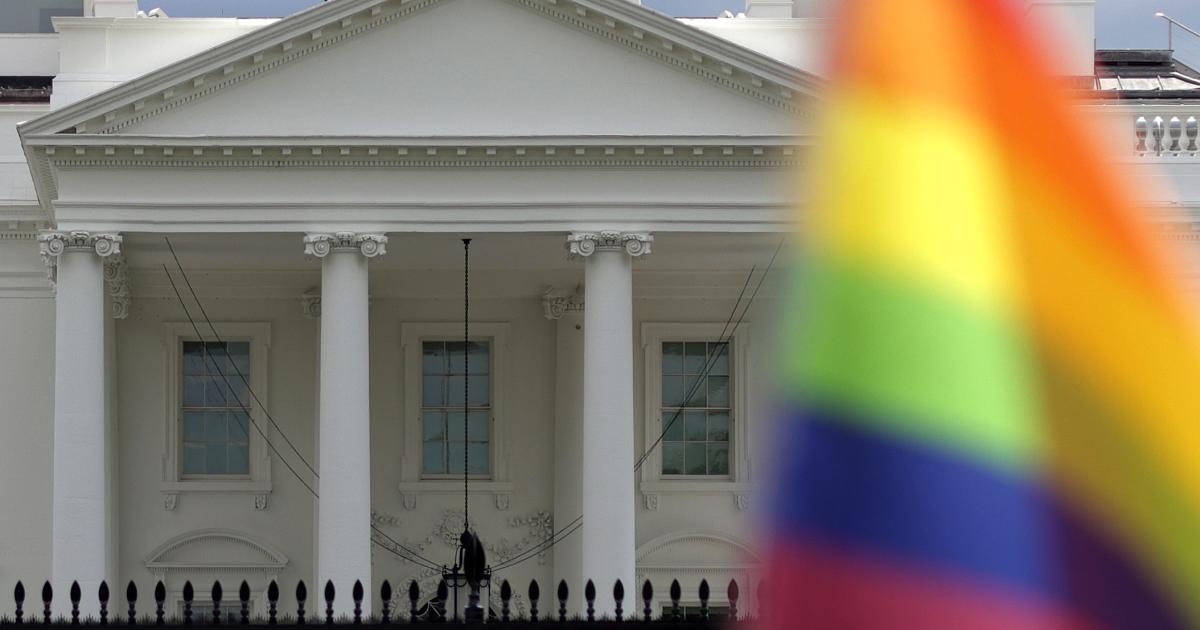 President Joe Biden has sought to inject gender ideology into our laws since his first day in office. He might prefer a massive bill like the Equality Act that elevates the categories of “sexual orientation” and “gender identity” to the status of race and sex. But that effort has stalled in the Senate. So, for now, his administration is looking for ways to insert the concepts of sexual orientation and gender identity into existing legislation.

The last? In January, the US Department of Health and Human Services proposed a rule that would add language of sexual orientation and gender identity to the Affordable Care Act of 2010. According to the department, these changes will ensure that people who identify as LGBT receive “medically necessary” care. This includes “gender-affirming” surgeries and hormonal “therapy”.

In fact, the department’s proposed rule circumvents the law and treats questionable treatments as essential health benefits in qualified health plans. This not only contradicts the best science and the best medicine, it is a disaster for insurers, for medical providers and, above all, for those who struggle with gender dysphoria.

The rule has legal issues, but we shouldn’t let that distract us from the fact that it gets to the heart of what it means to be human. To see this, it helps to keep a few definitions in mind.

The first is “sex”. Humans are a sexually dimorphic species. With very few exceptions (such as those resulting from disorders of sexual development, sometimes called “intersex”), everyone is clearly male or female. It’s biology. It is also common sense, as revealed by the testimony of each culture at each time and in all places of history.

Many people also affirm the gender binary of male and female for religious reasons. The book of Genesis, for example, says that God created us “male and female.”

Then there is “gender identity,” which comes from the lexicon of gender ideology. According to a popular definition, gender identity “refers to the understanding and experience of a person of their own gender.

Note the circularity. Once detached from biological sex, gender identity can mean almost anything. Hence the current taxonomy of 72 genera – subject, of course, to expansion.

This subtle change in terms is essential. Behind “gender-affirming care” lies the hope of aligning the recipient’s body with their gender identity. Such “care”, however, is cosmetic at best. She can’t do the impossible: change someone’s sex with chemicals or scalpels.

The Department of Health and Human Services rule would indeed erase a key aspect of our humanity. In other words, it would replace biological sex as a criterion for medical care with a fluid and illusory notion of gender identity. This, in turn, would also serve as a precedent for other policy changes elsewhere in the administrative state.

Consciousness and reality of sex

Despite the infiltration of gender ideology into government bureaucracies, many people still know – for rational, scientific, medical and/or religious reasons – that sex is immutable. Doctors and government officials, they believe, should recognize sex as a human reality, not treat it as a fashion choice or, even less, as a tumor that can be surgically removed.

Many insurers, medical professionals and health insurance policyholders hold this view. And they will want nothing to do with chemical and surgical interventions for “gender transitioning” purposes. The new HHS rule, if approved, would force many medical professionals to violate their medical expertise and religious beliefs.

While supporters of the rule say it will comply with the Religious Freedom Restoration Act 1993 – which severely limits government interference in religious beliefs – the rule considers treatments that exclude religious interventions. gender assertion as “allegedly discriminatory”. But this can only conflict with the religious and medical consciences of many people and therefore break the law.

In any case, opinions based on reasonable medical, moral and religious beliefs and on the best interests of the patient have nothing to do with abhorrent discrimination. The federal government should not treat them as such.

Neither medically necessary nor helpful

But what if, as the proposed rule claims, “clinical evidence supports medically necessary gender-affirming care” and shows that such coverage “can significantly improve health and well-being? ” patients ?

Proponents claim gender-affirming care is medically necessary because the presumed alternative to hormones or surgeries is suicide. Thus, the explicit goal of this so-called care is to improve mental health, and therefore to prevent suicide.

Despite activists’ claims, clinical evidence shows otherwise. A 2019 study of the largest data set of patients who underwent gender-affirming surgeries “demonstrated no benefit of surgery over subsequent health care related to mood disorders or mood disorders.” ‘anxiety”. Likewise, he found no benefit from chemical interventions, such as cross-sex hormones.

The most in-depth follow-up study is much more disturbing. He reports that those who have undergone gender-affirming surgeries are, after 10 to 15 years, 20 times more likely to commit suicide than their comparable peers.

There are also serious risks for those who receive medication and surgery for the purpose of gender transition. Puberty blockers cause a decrease in bone density and prevent “sex steroid-dependent and adolescent brain organization and maturation.” Those who use cross-sex hormones have an increased risk of cardiovascular disease, depression, and permanent sterilization, among others. “Sex reassignment” surgeries carry even more serious risks that lead to long-term complications and deterioration of mental health.

Despite all of these issues with this HHS rule, the 2020 Supreme Court decision in Bostock v. Does Clayton County require it?

The Department of Health and Human Services seems to think so. It bases the proposed rule on two other directives. The first, “Preventing and Addressing Discrimination Based on Gender Identity or Sexual Orientation,” is an executive order that Biden issued on his first day in office. The second is the Ministry’s May 10, 2021 notice of execution.

In both documents, the administration cites the Supreme Court’s decision as grounds for expanding the meaning of sex discrimination to include sexual orientation and gender identity. However, this is a distortion of the court’s reasoning.

According to Judge Neil Gorsuch, the court proceeded “on the basis that ‘sex’ meant what the employers suggest, referring only to the biological distinctions between men and women. »

Gorsuch underscored the narrowness of the decision by stating that the ruling only applied to Title VII of the Civil Rights Act of 1964, which only deals with employment issues. He thus anticipated and postponed future efforts to apply Bostock to all civil rights regulations.

Additionally, the court pointed out that the Religious Freedom Restoration Act serves as a “super law.” Accordingly, in many contexts, the law protects actions that might otherwise violate a rule of non-discrimination. In appropriate cases, Gorsuch noted, the law could apply even to employment. Once again, Gorsuch sought to anticipate misreadings of the Bostock court ruling.

The new rule relies on such misreading. It lacks a legal basis for amending the proposed non-discrimination provisions and contradicts the ordinary meaning of sex discrimination laws.

From its misinterpretation of Bostock to its flawed medical evidence, this new rule is clearly the result of gender ideology, not sound science and good reason. If approved, the rule would further undermine evidence-based medical research and healthcare involving gender dysphoria.

This would force insurers, medical providers, and people enrolled in qualified health plans to pay for and/or perform harmful procedures that many of them would violate their medical expertise and religious beliefs. In short, the rule would violate basic American rights and harm the very people it seeks to help.

This piece originally appeared in The Daily Signal