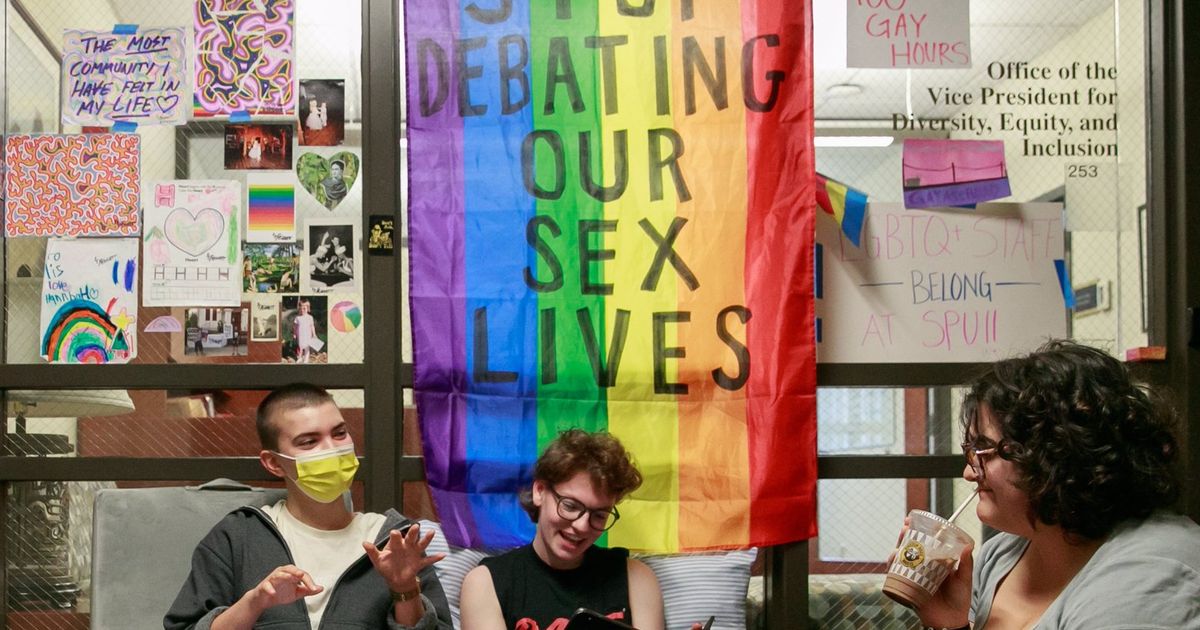 At the SPU, a struggle between competing visions of Christianity

On July 30, Seattle Pacific University made the cover of the Seattle Times for all the wrong reasons. The article revealed that SPU had filed a lawsuit against state Attorney General Bob Ferguson to end an investigation into whether the university’s policies violated Washington’s anti-discrimination law. [“Seattle Pacific University sues WA attorney general, saying probe into LGBTQ+ policies violates religious freedom,” A1].

In an email to blind faculty, Acting SPU President Pete Menjares said the lawsuit was necessary to “secure our religious identity.” In other words, Menjares and the board of SPU, who initiated the lawsuit, say that discrimination against LGBTQIA+ applicants is an essential part of the Christian faith.

Their “Christian” equation with LGBTQIA+ discrimination may not shock many readers, merely confirming their worst impression of American Christianity. It may come as a surprise, however, that this discrimination has been repeatedly rejected by the vast majority of faculty, staff and students at SPU. So the conflict is not – as the complaint claims – a conflict between Christianity and the secular government; it is a struggle between competing visions of Christianity. When the SPU board sued for the right to discriminate, it placed itself in opposition to the deeply committed Christians who make up most of the institution it claims to serve. For years, faculty, staff, and students have worked to expand the inclusiveness of UPE policies and practices, but recent board actions have slammed the door on that progress.

In Spring 2021, in response to a gender discrimination lawsuit, 75% of faculty and 68% of staff supported revising SPU’s Lifestyle Expectations Policy to allow employment of candidates in gay marriages. When the board rejected this proposal, SPU faculty (72%) overwhelmingly voted “no confidence” in the board. The chasm between the board and the university community was so deep that the board hired consultants who recommended the creation of an “LGBTQIA+ task force” made up of trustees, administrators and faculty to seek “a leadership regarding sexual conduct expectations and employment policy (particularly as it relates to LGBTQIA+ people).

The task force’s report to the board in May 2022 recommended just such a potential “shared focus” – a “third way” through which SPU strives to be an educational space where all perspectives on sexuality and identities can be openly and honestly explored, using the best insights from all the disciplines we teach – theology, natural and social sciences, arts and humanities. Building such a learning environment requires radical inclusivity that respectfully engages conservative faculty and staff and invites LGBTQIA+ people into the community and conversation. Despite the lawsuit’s assertion, radical inclusivity does not require religious conservatives to renounce their religious identity, it simply asks them to engage in a larger conversation.

When the board rejected this recommendation, the campus response was swift. SPU faculty – over 80% – enthusiastically endorsed the “Third Way” option. The students engaged in a months-long sit-in in the Administration Building and filed discrimination complaints with the Washington Attorney General. Amid this ongoing conflict, the revelation of the board’s lawsuit has been shocking and disheartening to faculty, staff and students who have worked to make SPU a more inclusive university.

Despite this significant setback, SPU faculty continue to call and work for a change in university policies to allow the hiring of qualified Christian applicants regardless of their LGBTQIA+ status. We believe we are called to create a space in which Christians can seek God’s truth together. We believe that becoming this type of Christian university will best serve our students and, through them, the church and community.

Kevin Neuhauser
is a professor of sociology at Seattle Pacific University, co-chair of the LGBTQIA+ Task Force, and faculty advisor to Haven, the SPU LGBTQIA+ student club.