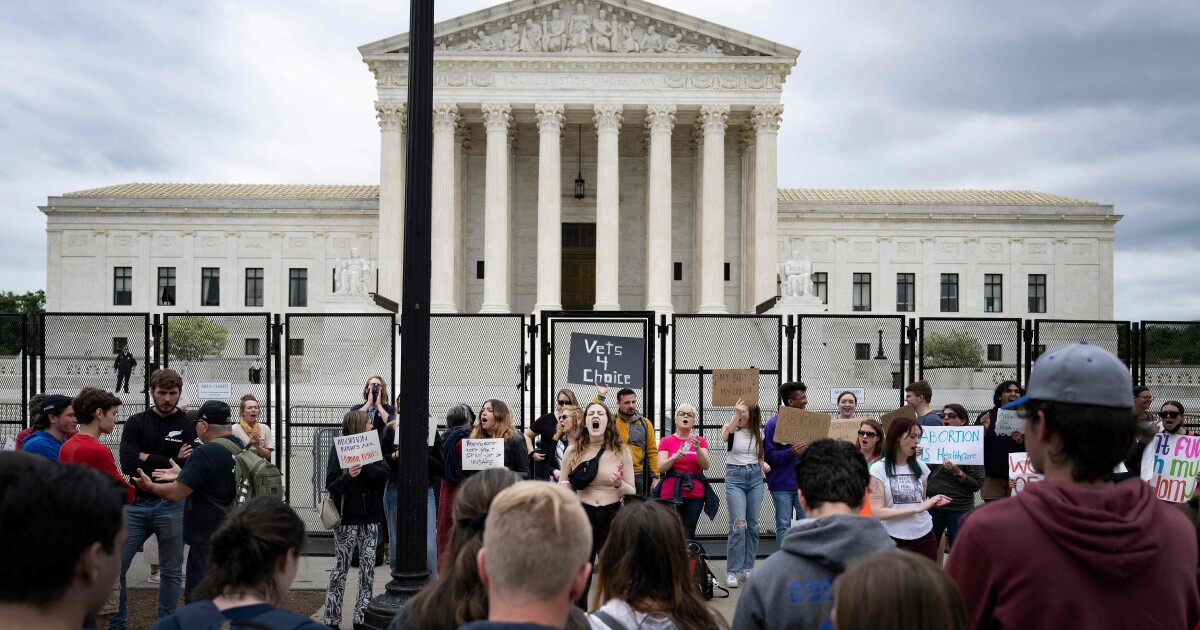 Since the Supreme Court ruling in 1973 Roe vs. Wade decision ruled that women have the constitutional right to terminate their pregnancies, proponents and opponents of abortion rights have worked to own the conversation on the issue.

In 2019, the Centers for Disease Control and Prevention Reported that 629,898 legal induced abortions have been reported in the United States.

Persistent claims circulate about abortion, including its safety, who gets an abortion, and even who supports or opposes abortion access.

Below, seven popular claims about abortion are verified.

According to Pew Research Center polls37% of Americans want abortion illegal in all or most cases.

But an even larger fraction—about 6 in 10 Americans—believe abortion should be legal in all or most cases.

Current abortion rates are lower than they were in 1973 and are now less than half of what they were at their peak in the early 1980s. according to the Guttmacher Institutea reproductive health research organization that supports abortion rights.

Overall, in 2017, pregnancy rates among women of childbearing age reached their lowest levels on record, with 87 pregnancies per 1,000 women aged 15 to 44, according to the Guttmacher Institute.

The annual number of deaths related to legal induced abortion has fluctuated from year to year since 1973, according to the CDC.

the World Health Organization said people who get unsafe abortions are at higher risk of death. Each year, 4.7% to 13.2% “of maternal deaths can be attributed to unsafe abortion,” the WHO said. In developing regions of the world, there are 220 deaths per 100,000 unsafe abortions.

Trans and non-binary people have also had abortions.

the Guttmacher Institute estimates in 2017, approximately 462 to 530 transgender or non-binary people in the United States had abortions. That same year, the CDC said, a total of 609,095 abortions were performed in the country.

“Most abortions in 2019 took place early in gestation,” According to the CDC. Nearly 93% of abortions were performed at less than 13 weeks of gestation.

Abortion pills, which can typically be used up to 10 weeks into a pregnancy, accounted for 54% of abortions in 2020. These pills were the top choice in the United States for the first time since the Approved by the Food and Drug Administration mifepristone, an abortifacient drug, more than 20 years ago.

State Legislatures have moved to adopt 20-week abortion bans, with abortion opponents claiming that fetuses can experience pain at this time. About a third of states have an abortion ban in place around 20 weeks.

But this contradicts widely accepted medical research from 2005. This studypublished in the Journal of the American Medical Associationconcluded that a fetus is only able to feel pain between 29 and 30 weeks.

The researchers wrote that fetal awareness of pain requires “functional thalamocortical connections.” These thalamocortical fibers begin to appear between 23 and 30 weeks of gestational age, but the ability to perceive pain comes later.

The argument against abortion has often been based on religion.

Data shows that the majority of people who have abortions have some sort of religious affiliation, according to the latest Data from the Guttmacher Institutefrom 2014.

the Pew Research Center also shows that attitudes on whether abortion should be legal vary between evangelical Protestants, mainstream Protestants, and Catholics.