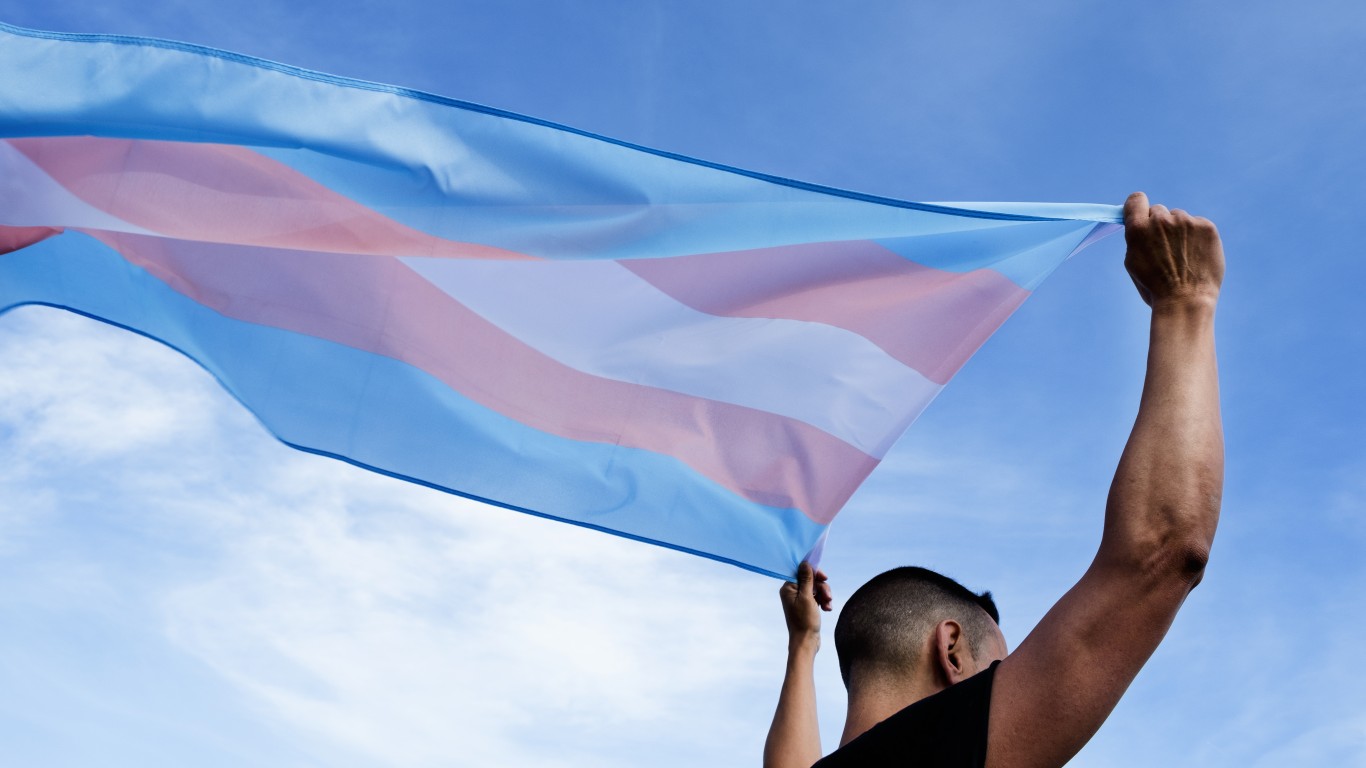 State legislators in much of the country are working to restrict the rights of residents based on their gender identity and sexual orientation. According to a recent report by a national gay rights group, new laws that discriminate against members of the LGBTQ community have been passed in 13 states this year – a number that could rise as many legislatures state have yet to meet. (These are the states with the most hate groups.)

These new laws typically target school-aged children, and while some are being challenged in court — including at least one named by the US Department of Justice — many have already gone into effect or will soon.

Using information compiled by the Human Rights Campaign, an LGBTQ advocacy group, 24/7 Wall St. identified the most anti-LGBTQ states in 2022. Each of the states on this list has enacted laws this year that are widely seen as restrictive of the rights of LGBTQ residents. (These are states with little or no protection for LGBTQ people..)

In most of the states on this list, the laws in question restrict the rights of students who identify as transgender to participate in school sports. Arguments for and against such restrictive laws follow a similar pattern from state to state, with proponents claiming that transgender girls have an athletic advantage and detractors pointing to the cruelty of denying student-athletes the opportunity to compete in sports. sports and miss out on the benefits of athletics. competition.

Other laws go even further, reaching classrooms and doctor-patient relationships.

Click here to see the 13 states that deny transgender rights

All but one of the states on this list are led by conservative Republican governors — though it’s important to note that several governors on this list have vetoed these controversial laws, only to have their decision overturned by the legislature. Here’s a rundown of the most — and least — popular governors.

Investing in real estate helps diversify your portfolio. But expanding your horizons can come with additional costs. If you are an investor looking to minimize your expenses, consider checking out online brokers. They often offer low investment fees, which helps you maximize your profits.

Companies that will cover travel costs for employee abortions